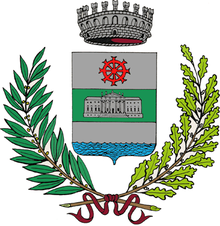 Originally Noventa was a rural village subject to nearby Padua and its foundation probably dates back to the period in which these lands were inhabited by Eneti.

In the 11th and 12th centuries Noventa was a particularly important river port in connection with Venice.

However, the tendency changed radically after the sale of Padua to Venice: in 1405 the properties of the Carraresi were sold at auction, the Venetian patricians moved their interests from the Sea to the mainland, favoring the properties lapped by the waters of the Brenta that guaranteed rapid communications with the Serenissima. At that time, trade and crops flourished, while the port, documented since 1095, regained its original importance.

In that period, the first villas were built, linked to the economic-agrarian function: their flowering continued from the fifth to the eighteenth century, leaving some splendid examples still visible today.

In the eighteenth century, Noventa even had a European reputation for the convenience of the resort, which took place in luxurious villas belonging to the most exclusive Venetian nobility. The burchiello was, in fact, a boat that allowed a rapid connection between Padua and Venice through the Brenta

There are many villas in this small area of ​​Noventa which, even today, offers significant views of particular landscapes, such as the small river village, the historic square with its meadows enclosed by tree-lined scenes and the parks of the villas that make “curtains” to the beautiful and white facade of the eighteenth-century parish church.

A small treasure chest that contains buildings of great architectural and artistic value such as Villa Giovanelli, the most monumental of the many existing villas in Noventa and one of the most notable Venetian villas, Villa Valmarana with one of the most important frescos by Andrea Urbani, Villa Giustiniani, Villa Manzoni, Villa Gussoni, Villa Todeschini, Villa Vendramin and many others.

A territory enclosed between two great waterways, the Brenta and the Piovego, steeped in art and beauty between the city of Padua and the Brenta Riviera. A path, and a must, for those who want to discover, thanks to a complete network of cycle paths, B & Bs and excellent restaurants, a more sustainable and responsible way of knowing the places of a territory rich in history and living them and savoring them and at the same time respecting them as a heritage of inestimable value, a wealth to be safeguarded for future generations. 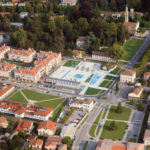 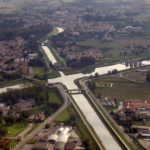 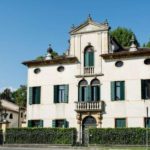 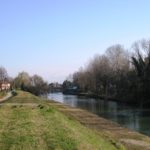 This website uses cookies to improve your experience while you navigate through the website. Out of these, the cookies that are categorized as necessary are stored on your browser as they are essential for the working of basic functionalities of the website. We also use third-party cookies that help us analyze and understand how you use this website. These cookies will be stored in your browser only with your consent. You also have the option to opt-out of these cookies. But opting out of some of these cookies may affect your browsing experience.
ACCETTA E SALVA