Villa Widmann has become a new reference point for lovers of two wheels, slow tourism, cycling day-trippers and other cyclists visiting the Brenta Riviera and the Land of Tiepolo.

Thanks to the collaboration between the partners of VilleCard and with Riviera del Brenta Bike in particular, 4 bicycles and 1 tandem in the IAT point of Villa Widmann have now been made available, property of the Metropolitan City of Venice and managed by San Servolo s.r.l

Cycle tourism, in its many forms, is one of the most innovative and interesting examples of the change taking place in the tourism industry. A signal confirmed also by the increase in the number of tour operators specialized in this specific sector and the establishment of clubs related to cycling in many tourist destinations.

The attention of the territories of the Venetian mainland for cycling holidays or holidays dedicated to lovers of slow travel with all the pleasures that this can offer: nature, landscape, culture and food and wine, to live with friends or family has grown increasingly in recent years. In the IAT there are several road guides and cycle maps with available routes and other materials produced by the Veneto Region and by cycling tourism commissions with high-level territorial competence such as the OltreVenezia BikeWays project plans.

The strategic position of Villa Widmann at the crossroads overlooking Venice to the east, Padua to the west, the Saccisica to the south and the paths of the Roman trellis to the north will certainly be a strategic starting point for excursions

The bikes are delivered with a map of the area and can be returned to the Villa Widmann point or to the Rivera del Brenta Bike in Oriago if it is more convenient.

Villa Widmann is easily reachable: by car with the possibility of a large private car park or by ACTV public transport, line 53 from Venice to Padua (Mira distributor stop). 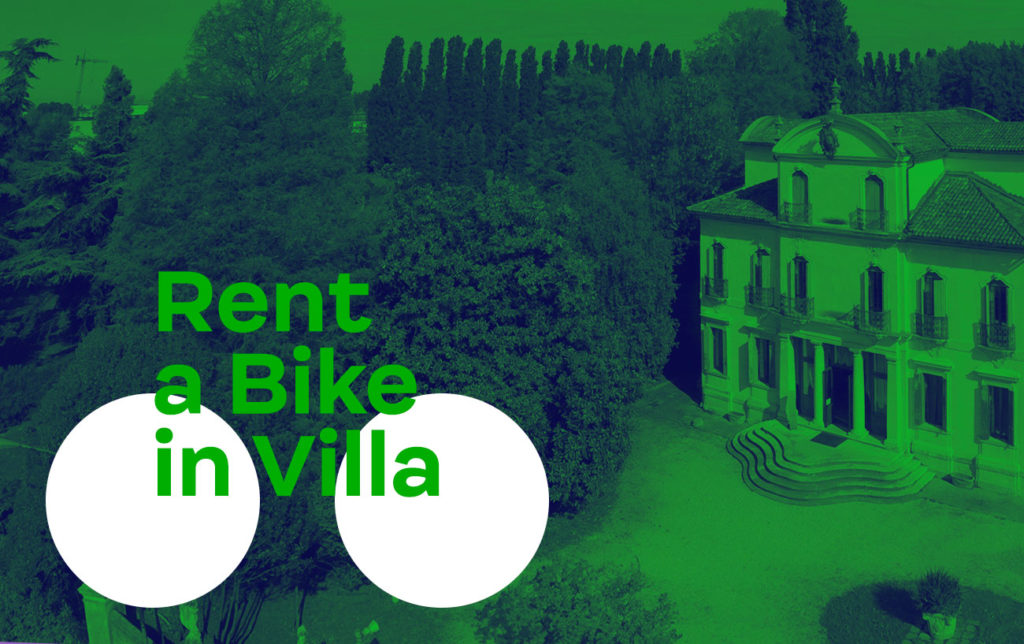